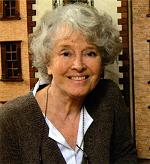 Veronica’s Georgian house appeared once again, this time in a very full article in Dolls House Magazine, isuue 17 (June 2004). This is a brief extract from that article, showing Janet’s designs where they appeared in the house this time.

[You can also see the earlier pictures in the same house.] 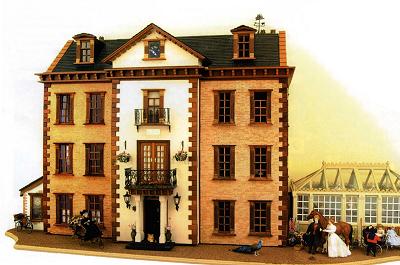 A view of the outside of the house.

CARPETS IN THE ROOMS: 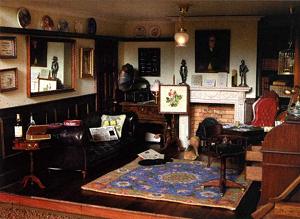 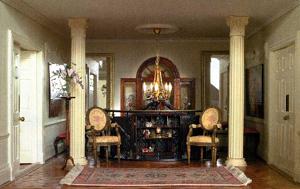 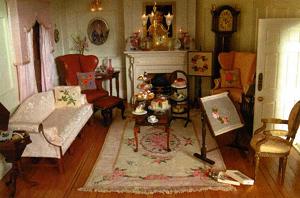 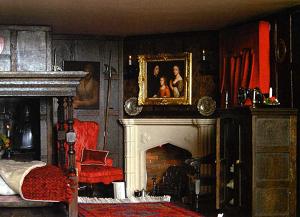 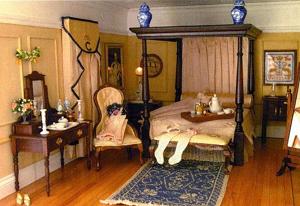 Thanks to Veronica and Dolls House Magazine for these pictures. To read the original article, see Issue 73. 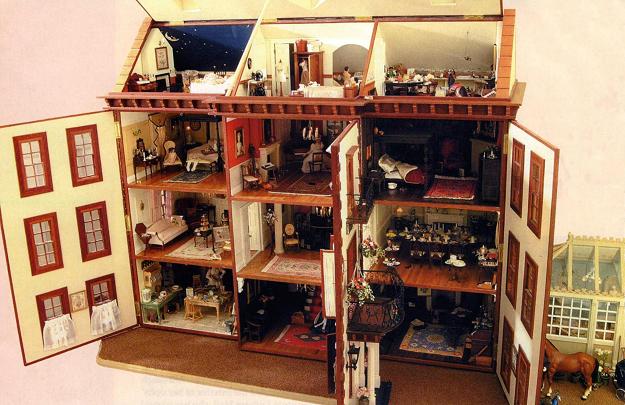