Rosemary’s summerhouse was featured in issue 51 (July 2007) of The Dolls’House Magazine. 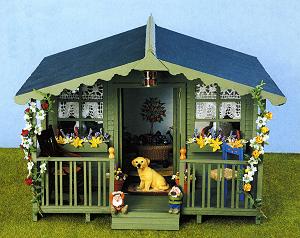 Rosemary explained how the house could be built, using mainly cardboard, then showed how to fill it with accessories.

The oval carpet (shown in the picture below) was made for her by Jan H., from her local dolls’ house club. It can be made from Janet’s miniature needlepoint carpet kit, “Theresa”. 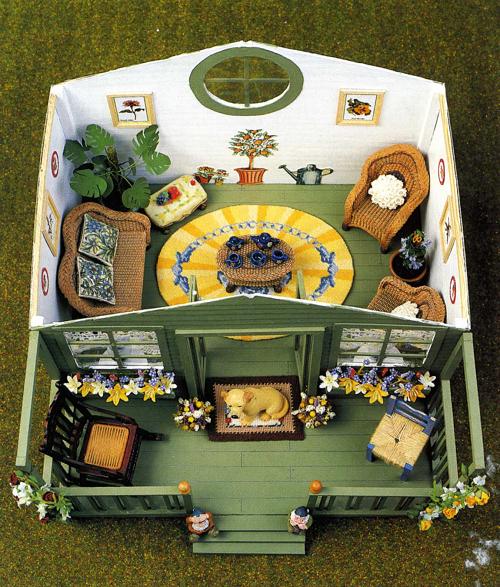